Home News Should I Get Pregnant after an Abortion?

Should I Get Pregnant after an Abortion? 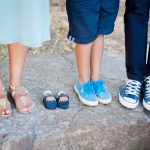 Studies show that nearly 18% of women who experience abortion will become pregnant again within the next year—so if you are thinking about becoming pregnant after abortion, you are not alone.

An abortion can be a life-changing experience for those who experience it. Although not for all, for some women it may bring a sense of grief, pain and emotional loss. This may occur very shortly after the abortion, or it may surface months or years later. Sometimes it seems like another pregnancy will fix the problem.  Women may be thinking:

“If I get pregnant…

…I will know that I can still have children.” This woman might be concerned about physical complications from the procedure making it difficult to conceive again.

“I need to know if I can still get pregnant. I’m going to work on having another baby right away!” One caller announced emphatically after she confessed to aborting a child three weeks earlier.”

…I will know that God isn’t punishing me.” Some women worry that they won’t be able to have children as a form of punishment from God.

“When my husband and I were trying for our first one, it was taking longer than we thought. I thought for sure I was being punished. Even before I married, I was always afraid that I would never be able to get pregnant. Believe me, I really thought I had earned that punishment. I felt so much guilt. I thought I didn’t deserve children. I had already been given two chances. I aborted them both.”

…I can get my baby back.” It’s common for women to imagine that the aborted child would return to them in a new pregnancy. Sometimes there is a sense of emptiness, and if what is missing is a child, maybe a new child will fill the void.

“After my abortion, I wanted to get pregnant in the worst way. I wanted a baby so bad. I would go through the stores and look at baby clothes, cribs, and strollers — imagining which ones I would buy. I envisioned ripping a hole in my boyfriend’s condom with my teeth so that we could conceive another child.”

…I can make up for it.” Related to the above, some women may feel like they can have a “do-over” or make up for the mistake of abortion by being especially attentive or protective of a new pregnancy.

“When I finally decided to have a baby, my abortion began to bother me. I had some difficulties with bleeding and premature labor. I was fearful that I would never be able to have children. Emotionally I was a wreck. I stayed in bed for nearly six months of the pregnancy. I was afraid to do anything that might hurt the baby. I was so anxious and fearful, and underneath that was a ton of guilt. I cried all the time. I couldn’t talk about it though — I just reacted by trying as hard as I could to bring the baby into the world safely. I got sick of people telling me to “calm down” and “relax.” They had no idea about my abortion. I realize that’s why I was so upset all the time.”

…I can stop thinking about the abortion and at least focus on trying to conceive.” This woman is trying to distract herself from her grief, or transferring abortion-related grief (which is often frighteningly out-of-control and secret) to infertility-related grief.

“After my abortion I was fearful that I might not get another chance. I got married shortly after and tried to get pregnant right away. It didn’t happen immediately and I was a complete wreck. I felt guilty and sad and anxious. I was worried all the time. My husband tried to reassure me and constantly told me to calm down. I was a frantic mess. I probably spent hundreds of dollars taking pregnancy tests. I was obsessed with becoming pregnant.”

These heart-breaking testimonies reflect what many other post-abortive women may be thinking and feeling as well. Might you be one of these? If you are thinking about becoming pregnant after abortion, or are experiencing pain, loss, or any other adjustment issues that may be connected with a past abortion, there is help for you at Restore.

Restore helps those for whom the lingering effects of abortion continue to cause pain. Restore provides free confidential post-abortion care and support services to all individuals after abortion experiences. Restore After Abortion serves DuPage County, Illinois and surrounding communities. If you would like to find the compassionate post abortion support you are looking for, please call or text us at 630-599-0043 for a free, confidential consultation.