Home News Overprotective with Living Children – Is This a Struggle for You?

Overprotective with Living Children – Is This a Struggle for You? 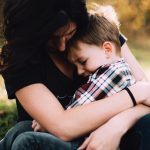 An abortion happens once, but often continues to influence the lives of all who have been touched by it. A woman who has undergone an abortion may experience grief, anger, sadness or many other emotions, either singly or in some combination. That alone will affect her and her relationships with others. Perhaps less often considered, however, is that it’s not unusual for it to impact the lives of an entire family, including other children.

A mother’s parenting style with her living children may be influenced in a number of ways. A post-abortive woman may desire to be a “perfect” mother in an effort to compensate for having lost a child to abortion. This may result in overprotective parenting to those children. She may want to keep her baby isolated from others out of concern for the child being exposed to any possible illness. She may be obsessive in monitoring the baby’s breathing when asleep.  As the children grow older, she may be uneasy and unwilling to let them out of her sight. This mother may respond to her concerns and fears by becoming overprotective with living children.

In their book exploring the effects of abortion, Forbidden Grief: The Unspoken Pain of Abortion, Theresa Burke and David C. Reardon describe “Confused Mothers” in chapter five. One example is “The Protector.” They share the thoughts of a number of these women in their own words:

Sandi: “After my abortion I felt like the world was a dangerous place. The people I thought I could trust hurt me so bad. I didn’t trust anyone . . . especially with my kids. I had a paranoia about something bad happening to my children. I distrusted them with anyone but myself. My husband told me I smothered them. I was fearful something bad would happen to them. I was afraid to let them do anything.”

Yvonne: “Whenever we were in a shopping mall, library, or playground, I was scared to death that someone would steal my children or hurt them in some way. I never let them out of my sight. I was constantly on the alert…. It was exhausting! Even allowing them to play at a neighbor’s house was out of the question unless I went with them. I felt I had to protect them from anyone around who might be out to get them.”

Janet: “Every time my child got a bump or a bruise, I felt like it was my fault. I always felt guilty and frustrated. I also believed others were always judging me, and so I became very isolated. I withdrew from playgroups and other social functions because I couldn’t stand comparing myself to other mothers. It was so hard for me to relax. I never felt confident in the job I was doing. Friends and family members told me I was “overprotective.”

Does any of this sound familiar to you? Do you relate to this these behaviors indicating an unusual level of being overprotective with living children? If you are struggling with difficult emotions or responses that may be connected with a past abortion, Restore After Abortion can help.

Restore provides free confidential post-abortion care and support services to those for whom the lingering effects of abortion continue to cause pain.  Restore After Abortion serves DuPage County, Illinois and surrounding communities. Please call today for a free, confidential consultation.

The Journal of Perinatal Education. (Spring 2002). The Impact ofPrevious Perinatal Loss on Subsequent Pregnancy and Parenting. Retrieved from:  https://www.ncbi.nlm.nih.gov/pmc/articles/PMC1595109/