Home News Are You Wrestling with the Idea of Life at Conception after Abortion?

Are You Wrestling with the Idea of Life at Conception after Abortion? 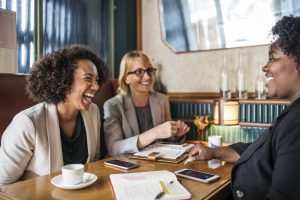 While I was out and about today, I stopped by a cafe to have a bite to eat.  While I was sitting there and eating, I couldn’t help but notice a group of women talking at a nearby table.  By their conversations, I could tell they were excited and celebrating the news that one of them was pregnant. As the ladies were discussing the pregnancy, they were saying things like “the child was formed by God” and “was fearfully and wonderfully made.”

As I was hearing this, it reminded me how one’s viewpoint about when life begins can play an important role in determining one’s decision on issues concerning a crisis pregnancy.  For example, if a woman believes the pregnancy is only “a blob of tissue,” she will be more willing to choose abortion if she feels this future child will ultimately disrupt her lifestyle or future plans. However, if the woman believes that the fetus is a life created by God with it’s own purpose in life, the woman will be more willing to choose to parent or place the child up for adoption.  If she chooses abortion, though, it can be common to struggle emotionally afterwards because the decision went against her beliefs.

If you were told during the pregnancy that the fetus was “just a blob of tissue,” chose abortion because of that information, and are now struggling with that decision, Restore After Abortion would like to help.  Our compassionate staff can help you process through your emotions and get to a place of healing. You don’t need to suffer alone in silence. Call or text Restore After Abortion today at 630-599-0043.