Home News Did a Certain Relationship Pressure You into Abortion?

Did a Certain Relationship Pressure You into Abortion? 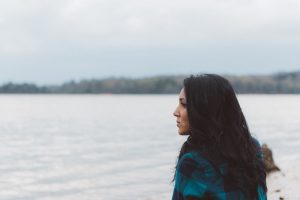 Sara couldn’t believe the pressure she was under.  Shortly after finding out she was pregnant, her boyfriend was forcing her to choose between him or having their child. She laid out all of the reasons why it could work out. She could get a part-time job, her mother could help watch the baby, and they could get their own apartment once they saved up enough money. It could work. Why couldn’t he see that?

But, every time she mentioned what could work, he countered with all of the reasons why it would fail.  He needed his space. He wanted his freedom to go out with his friends WHENEVER he wanted. “And, besides, babies are too much money,” he said.

As Sara sat there frustrated and crying, he called the abortion clinic and made the appointment.

As they drove up to the clinic, so many thoughts were racing through her mind that day.  What if she just stood up to him and told him she was going to have this baby regardless of what he thought? What if she cried so much they wouldn’t take her back for the procedure? What if she went through with the abortion and he still decides to leave her? Why couldn’t she have the baby AND the relationship?

As Sara walked up to the clinic doors, she couldn’t believe how her life had ever gotten to this point.  But, she thought, “this nightmare will all be over with soon.”

Afterwards, Sara felt a little more positive, especially, since her boyfriend was treating her so nicely. He said, “You want to get a bite to eat at your favorite place?”  That day, he seemed so caring and attentive. He even bought her some flowers after dinner.  He said, “It’s you and me, forever, right?”  “Right,” Sara said.  She even thought he might have been right about the whole “pregnancy issue.”

But, then it happened. Slowly, Sara found their relationship drifting apart. Her boyfriend came around less and less. She realized he would not even look at her directly, anymore. They hardly talked. When Sara tried to ask him if everything was all right, the only response she got from him was, “Yeah.”

Then, one day, she got that dreaded text from him saying he wanted out of the relationship. He even asked her not to contact him, again. Sara could not believe what she was reading and screamed, “This can’t be happening!” Then the full realization occurred to her. “Not only have you lost your baby, but you’ve lost your boyfriend, too.”  She thought about all of the promises he made to her and about their future together.  What about, “It’s you and me, forever” part?  Sara was shocked and devastated. She collapsed and felt her whole world had just ended.

If that wasn’t bad enough, the thoughts about the abortion kept playing over in her mind. The choice she was forced to make. The conflicting thoughts she was told about the abortion. The physical and emotional pain during and after the procedure.  These thoughts plagued her night and day and she didn’t know where to turn.

If you are feeling a heavy sadness after being pressured into going through with an abortion, please know you don’t have to go through this alone. Call or text Restore After Abortion today at 630-599-0043. Our compassionate and nonjudgmental staff can help you process through all of the emotions of a past abortion so that you can come to a place of healing.  We are here because we care.